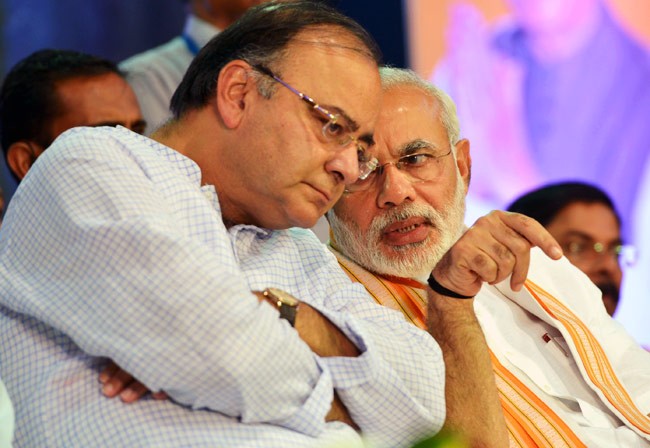 Over 10 crore people have been enrolled under the two social security schemes launched by Prime Minister Narendra Modi in May.
On 9 May, Modi had launched two insurance schemes—Pradhan Mantri Jeevan Jyoti Bima Yojana (PMJJBY) and Pradhan Mantri Suraksha Bima Yojana (PMSBY)—and a pension scheme Atal Pension Yojana (APY).
“As far as the two insurance schemes—Sukasha and Jeevan Jyoti—are concerned we have now touched a figure of 10.17 crore. In just one month and three days we have already crossed the 10 crore figure,” finance minister Arun Jaitley told reporters here.
Besides, in the pension scheme APY, as many as two lakh people have joined, he added.

Jaitley said with the success of these social security schemes, now even private banks are eager to join in to sell the policies. “The initial participation of private sector banks in these schemes had not been as much as public sector banks’. But today, seeing the response, the private sector banks have said they are also receiving interesting queries and are going to participate in a big way,” Jaitley said.