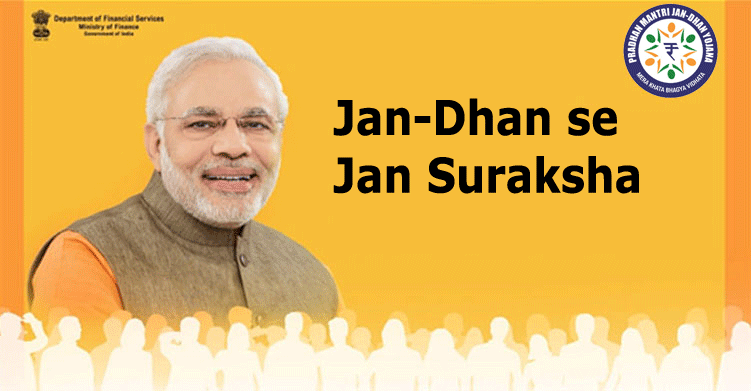 Banks, both public and private, across the state have registered more than 28 lakh savings bank account-holders under the Prime Minister’s Social Security insurance schemes until 5 PM on Saturday. According to the State-level Banker’s Committee (SLBC), which released the figures during the launch, the numbers are cumulative for all branches in Tamil Nadu.

“The popularity of these schemes can be inferred from the response received from the general public. Tamil Nadu has until 5 pm on Saturday received more than 28 lakh registrations,” said R Koteeswaran, chairman of the SLBC and managing director & Chief executive officer of the Indian Overseas Bank.

He was speaking at the state launch function of the scheme that was held parallel to the national launch event in Kolkata. The schemes were launched in Chennai by Governor K Rosaiah in the presence of Union Minister of Agriculture Radha Mohan Singh and TN Minister for Electricity, Prohibition and Excise Natham R Viswanathan.

The Pradhan Mantri Suraksha Bima Yojana (PMSBY) and Pradhan Mantri Jeevan Jyoti Bima Yojana (PMJJBY), are schemes that will cover all savings bank account holders and are considered the next step in the large scale effort by the Modi government toward universal economic inclusion and security. The Atal Pension Yojna (APY), also launched on Saturday, would provide subscribers with a fixed minimum pension of Rs 1000 – Rs 5000.

The PMSBY scheme will provide a personal accident insurance cover for Rs 2,00,000 for an annual premium of Rs 12 while the PMJJBY, will offer a renewable one year life cover of Rs 2,00,000 to all savings bank account holders in the age group of 18 to 50 years for a premium of Rs 330 per annum per subscriber.

The APY, which focuses mostly on the unorganised and the agricultural sectors, with nearly 400 million employees, provides a fixed minimum pension of Rs 1000 – Rs 5000 a month from the age of 60.