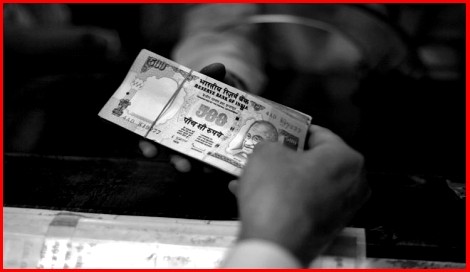 How Good Are New Government Schemes?

For long, people looked at only specific products like the public provident fund and traditional life insurance plans for investments. But things have undergone a change since the recent launch of new financial schemes by the government. People are queuing up to buy them. Around eight crore people have already enrolled in these new schemes and many more are joining in.

The good part is that these schemes are available to all bank account holders of the country. You just need to fill a one-page registration form to open the account. Many banks extend the facility of joining these schemes by just sending a text message. But do these policies suffice? Also, whom do they cater to?

The three schemes recently announced by the government – Pradhan Mantri Suraksha Bima Yojana (PMSBY), Pradhan Mantri Jeevan Jyoti Bima Yojana (PMJJBY) and Atal PensionYojana (APY) – are good security nets, but they largely cater to the needs of the economically weaker sections of the society. The PMSBY and PMJJBY may not be useful for the middle-class population that requires a much higher level of coverage.

Consider this: Going by the rule that your life cover should be at least 10 times of your annual income, a person earning Rs 10 lakh per year should have a minimum cover of at least Rs 1 crore. A cover Rs 2 lakh under PMJJBY is clearly inadequate for the middle-class segment. It is, however, adequate for people earning Rs 1,500-Rs 2,000 per month. You can buy these covers for your domestic staff to ensure them a comfortable future.

How many schemes can you join? You can buy a scheme through one savings account only. You cannot make use of multiple savings accounts to have multiple policies. The website (jansuraksha.gov.in) states: “In case of multiple saving bank accounts held by an individual in one or different banks, the person would be eligible to join the scheme through one savings bank account only.”

You might not be asked for the Aadhaar card at the time of opening the account, but at the time of paying pension and claims they would ask you to present the card for identification of beneficiaries.

There is one more scheme called “Sukanaya Samriddhi Scheme” that the government had launched earlier. The scheme allows you to save for your girl child at 9.2 per cent. Around 48 lakh Sukanya Samriddhi accounts have already been opened with post offices throughout India, in the four months after its launch in January. The numbers are likely to go up further as several banks are yet to start opening the account.

Here is a guide to help you understand what they offer and what you should do.

It is a personal accident policy that not only protects your family in the event of an accidental death but also protects you against loss of income due to any disability.

Eligibility:
Anyone between the age of 18 and 70 years and having a bank account can buy this policy from a bank.

Features:
The policy pays a claim of Rs 2 lakh if a person dies in an accident or suffers from a permanent disability due to an accident. The cover runs up to the age of 70. The policy is valid for one year (from June 1, 2015 to May 31, 2016) after which to continue the policy you need to pay the premium again. If you are wondering what comprises permanent disability here is a list of what it covers – loss of both eyes or loss of both hands or feet or loss of sight of one eye and loss of one hand or one foot. It also covers partial disability comprising loss of sight of one eye or loss of one hand or one foot. The policy does not cover temporary disabilities.

Comparison:
The PMSBY offers a cover of Rs 2 lakh at Rs 12 per year. A comprehensive policy, which also covers temporary disabilities, from an insurer costs about Rs 150-200. Given the price difference, the PMSBY certainly scores over policies offered by insurance companies.

Sore points:
The policy offers a fixed cover of Rs 2 lakh, which is a small sum given the rising needs of Indian families. Tanwir Alam, founder and CEO, fincart.com, says: “The scheme is for everyone but this certainly is of good for people such as drivers, labourers working at constructions sites, etc. However, on account of partial disability the cover is for an amount of Rs 1 lakh only.”

What to do?
You should buy these covers for your domestic staff to ensure them a comfortable future. Given its pricing and easy availability you can also buy the policy but at the same time buy extra cover from a public or private sector insurer to fill the gap between what is required and what you have.

It is a pure term plan that does not pay you anything back when the policy matures. If the insured dies it pays the sum insured to the family.

Eligibility:
It is for people between 18 and 50 years of age, and anyone with a bank account can buy the policy.

Features:
It is a pure risk cover which in case of an untoward incident pays Rs 2 lakh to the family of the deceased as claim money. The policy is valid for one year (from June 1, 2015 to May 31, 2016), after which you need to pay premium to renew the policy.

Comparison:
The PMJJBY offers a cover of Rs 2 lakh at Rs 330. The same cover is available in the market for Rs 300-400 but for higher sum insured.

Sore Point:
One must note you cannot renew the cover after 55 years as it compulsorily terminates on achieving that age.

What to do?
You should have a cover of at least 10 times of your salary. The sum insured offered under the policy is clearly not sufficient for most people. You can buy the policy, given its low cost, but buy extra cover to fill the gap.

Eligibility:
The scheme is available to all bank account holders between 18 and 40 years of age. You need to contribute for 20 years or more under the scheme.

Features:
Under the APY, you would receive a fixed pension of Rs 1,000 to Rs 5,000 per month, at the age of 60 years, depending on your contribution, which varies on the age of joining the APY. The government provides a grid based on current age. For example, a 35-year-old needs to pay Rs 902 a month for a pension of Rs 5,000.

The government will also co-contribute 50 per cent of your contribution or Rs 1,000 per annum, whichever is lower, for a period of five years (from 2015/16 to 2019/20) provided you join the APY before December 31, 2015, and you are not an income-tax payer. People who are covered under statutory social security schemes, such as Employees’ Provident Fund are also not eligible for government contribution.

You need to regularly pay as discontinuation of payments will freeze your account after six months, deactivate it after 12 months, and the account will get closed after 24 months.

Comparison:
Pension under the APY is guaranteed by the government whereas in the National Pension System (NPS) there is no guarantee. Back-of-the-envelope calculation shows the returns from the APY work out to be seven to eight per cent. Also, in the APY the funds are invested in fixed-income instruments whereas in the NPS you have the choice to invest among equities, corporate bonds and government securities.

Suresh Sadagopan, founder, Ladder7 Financial Advisories, says: “There is no downside as such. But the amount of pension after 30 years , even if it is Rs 5,000 per month is going to be very small. But then, one also pays a very small amount as a premium.”

What to do?
The APY is for those who want guaranteed returns over the period of next 30-40 years. Those who want to invest in equities should invest under the NPS.

How Good Are New Government Schemes?