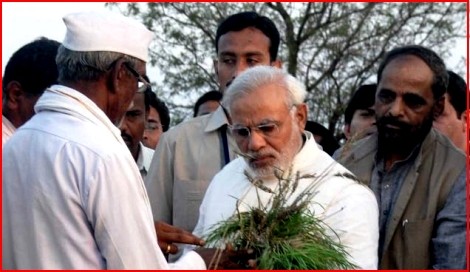 The Maharashtra government has decided to insure 1 crore and 35 lakh farmers under the Pradhan Mantri Suraksha Bima Yojana (PMSBY), where premium of Rs 12 per annum for a life cover of Rs 2 lakh would be paid by the state government.

“We have decided to cover 1 crore, 35 lakh farmers under the Pradhan Mantri Suraksha Bima Yojana, where the state government will pay their yearly premium. This way, we will be able to provide relief to families of farmers,” Maharashtra agriculture minister Eknath Khadse told reporters here today.

He said that the state government plans to celebrate late Chief Minister Vasantrao Naik’s birthday on July 1 as ‘Agriculture Day’, when different government schemes for farmers would be announced.

“Vasantrao Naik is considered Father of the Green Revolution in Maharashtra. He helped improve the lives of scores of farmers. Thus, we have decided to celebrate his birthday on July 1 as Agriculture Day, and the week as ‘Agriculture Week’, where all our schemes for farmers will be explained in detail,” he said.

He said that all agriculture department officials ranging from those at the Mantralaya to village revenue officials (talathis) would be engaged to take government subsidies to farmers.